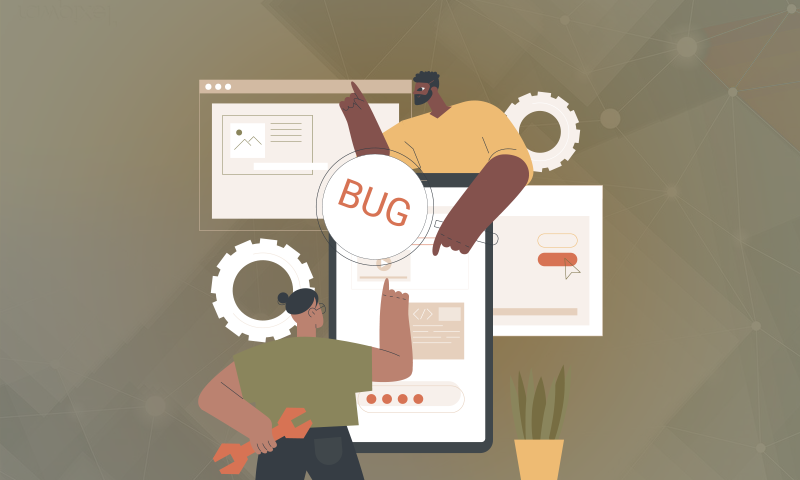 It has been reported that there are 5.22 billion mobile phone users, and the number is increasing at the annual rate of 1.8%. According to research, the use of the smartphone is growing at the rate of 7 percent every year and making it nearly three-quarters of the total number of Mobile phones being used. With such high numbers of mobile phones being used, numerous new apps are being introduced every day to make the user experience more worthwhile and efficient.

According to the data acquired from Statista, during December 2021 alone, 66,000 android apps and 30,000 iOS apps were released on the Google play store and apple store, respectively. The number of apps being downloaded globally is expected to reach 258 billion by the year 2022. The ever-increasing rate of mobile phones being developed and released makes way for mobile app testing tools to come into the limelight. Using mobile testing tools, mobile apps are made more efficient to provide a comfortable user experience.

Automated mobile testing tools expedite the testing process of an app and provide an error-free result in a relatively short amount of time which otherwise would have taken double the period. With the help of these tools, mobile apps are tested for their serviceability, consistency, and interoperability. There are numerous options to choose from when it comes to automated mobile testing tools, which makes it quite difficult to choose the right one. Therefore, we have handpicked some of the best mobile device testing tools to make your selection process easier.

Before moving onto the top mobile application testing tools, you need to understand why it is so important in app development. In simple words, mobile app testing is the most important step in the app development process, ensuring the overall functionality of an app. There are millions of applications deployed both on Google play store and Appstore, but only a few manage to reach the heights of success. The most common reason behind the app failure is the lack of testing. That is why it is really important to run your app on testing trials to ensure scalable performance.

Here are a few types of testing that you must ask your developers to run your app through:

Appium is the most used mobile app automation testing tool by developers around the world. It is an open-source tool used to test mobile functionality. Leading the market of mobile testing tools, Appium supports various languages and frameworks. Appium allows integration with several third-party tools to make cross-platform app testing possible between various platforms, i.e., Windows, iOS, Android. However, Appium is a bit tricky to use and requires quite an extensive knowledge of coding that becomes a hassle when one doesn’t know how to code. Appium itself does not have official support, but a community can help out whenever the need arises, sharing statistics and information.

TestComplete is the most used tool for testing business applications because of being flexible. It is designed by tech company SmartBear to test all iOS and Android applications. It allows testing teams to automate UI tests on mobile phones, emulators, and Virtual machines. The conducted tests using TestComplete can be recorded, scripted, or manually created using keyword-driven operations. Furthermore, it is supported by various programming languages like JavaScript, Python, Jscript, and many more. Another feature that makes TestComplete the most used testing tool is testing teams to quickly test applications on iOS, Android, and web devices.

Eggplant is equipped with some fantastic features. It has managed to make a place for itself in the list of best mobile device testing tools. It is a user-driven testing tool that allows mobile app testers to test any application, including iOS, Android, and web. Being a part of the Digital Automation Intelligence Suite, it supports enterprise mobility groups to test applications from the user’s point of view progressively, from users’ perspective, with advanced text recognition and image recognition. Another major reason for Eggplant’s success is it has a simple interface to use during automated mobile testing.

Calabash is a widely used automated testing tool for mobile applications. The testing tool is equipped with libraries that allow testers to integrate the testing code with various native and hybrid applications. Furthermore, Calabash provides specialized APIs to native applications operating on touch screen devices. Moreover, it is supported by multiple other frameworks like Cucumber, making it easier for non-technical staff to understand the overall process.

Unified Functional testing is also known as HPE quick test professional (QTP), is one of the best automation tools for testing business applications. In simple words, it is an excellent addition to the list of technological solutions for businesses. It is integrated with the HPE ecosystem or the MicroFocus ecosystem to provide better support and good app launches to business mobility groups. However, it is an expensive tool to use if compared to other mobile app testing tools, but it is an amazing tool equipped with guides and content. The guides enable mobile app testers to speed up the testing procedure. Furthermore, it is frequently updated and is easy to use even by inexperienced testers.

Selendroid is one of the most used app testing tools for android applications. It is supported and integrated with the selenium system due to the client API interface. The testing tool can interact with multiple devices using emulators. It promotes easy application testing without the requirement of modifying the app using the APK file equipped in the machine. Having features like backward compatibility, it is an amazing option available for testing android applications. The testing tool also allows inspecting the UI elements of the app to ensure the app’s scalability.

Apptim is another widely used mobile application testing tool in 2021. Apptim supports the community of developers and testers to test applications easily and analyze their performance. Apptim helps to quickly identify the critical issues before the final deployment of the app. Using Apptim as a testing tool, the testers can measure rendering times, capture crashes and errors on both Android and iOS applications. Furthermore, it is a great testing tool to use as it allows you to identify potential new issues in the future to overcome those issues accordingly with time.

Keep it functional is an open-source platform mainly used for testing user interfaces. It is an iOS integrated testing tool that allows simple automation of iOS applications. The application testing is written in iOS-compatible Objective C, which empowers the highest integration with the code. It is an easy-to-use testing tool. Therefore, if you are looking forward to getting your iOS applications tested, keeping them functional is the best option to go for.

Monkey talk is used as a tool for functional and real interactive tests for both Android and iOS applications. It is open-source that is incorporated with Scripts, IDE, and agents. All three parts incorporated play an important role in the testing process. IDE develops test scripts utilizing record and playback. The agent is a test instrumentation library linked with applications. At the same time, scripts are integrated with keywords, syntax, and java execution engines.

Ranorex is the most used and one of the best mobile test automation tools in 2021. According to a study, there are more than 4000 companies worldwide using Ranorex to test their mobile applications. It is equipped with powerful features which allow users to recreate the real user interaction with the app using various gestures provided by mobile devices. Ranorex can be easily used by testers at the initial stages of their career as it is equipped with a codeless click-and-go interface.

Robotium is an open-source platform designed especially for testing Android UI. It is a widely used testing tool for the writing of automatic black-box test cases for Android applications. It can be integrated with other testing tools like TestDroid, and it uses JavaScript to create test scripts. The major reason for Robotium being used as the top testing tool by android application developers is it can automatically handle several android practices. Another top-most feature Robotium is equipped with is it allows to test cases on pre-installed applications.

UI Automator is an open-source for user interface testing using automated functional test cases. The UI Automator API is packaged in the UI.automator jar file under a directory that covers class interfaces and exceptions. Test scripts written in JavaScript can be used by the UI Automator. Furthermore, the testing tool can run an app on more than one device. One thing to keep in mind while choosing UI Automator as a tool to test your application is it only runs on those devices that support android version 4.1 and other updated versions.

Espresso is one of the most used and most popular app testing frameworks in the list of top mobile application testing tools of 2021. It is developed by Google and is integrated with Android studio. Unlike other testing tools which allow generating testing scripts, Espresso only allows creating Android UI tests. As it is supported by official programming languages of Android applications Java and Kotlin, it supports manual creation of tests. Tests conducted through Espresso can be executed on emulators and other real devices. Furthermore, it is an easy-to-use automation testing tool with a simple and flexible API.

The process of Automate testing is a complex task to perform. Therefore, the process requires a lot of time and effort. The success of the testing process completely depends on the skills level of your hired developers and on the mobile app test tools you choose to go with.

Furthermore, you must be careful while choosing the right testing tool. You must pay attention to the provided features of testing tools and compare them with your testing requirements. Moreover, you must lookout for a testing tool that provides different testing options, compatible to be operated on multiple devices, and can support multiple scripting languages. If you perform the app testing task successfully, you will be able to ease your users through the application for a good duration.

Arsal is a business grad who loves everything about content marketing. He loves to write about tech, cybersecurity, business, and gaming. You can find him playing Dota2 or binge-watching Netflix. You can follow him on Twitter for the latest updates!