Kotlin Vs Java: A Comprehensive Guide For 2022 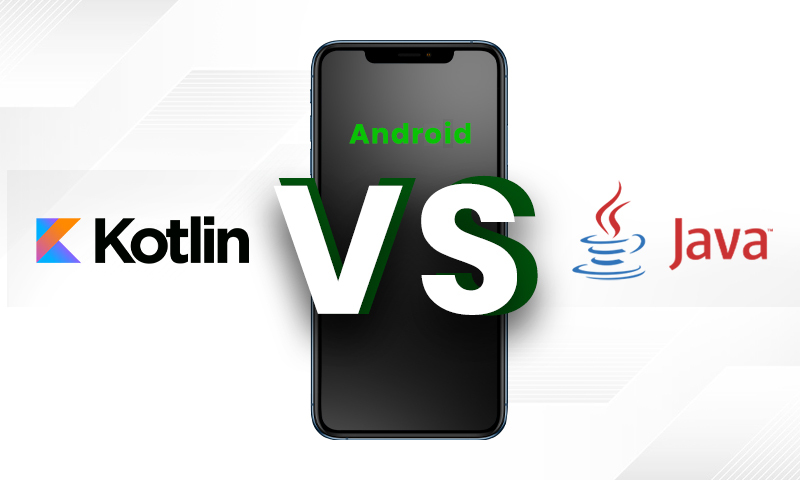 The world of software development is constantly innovating. The mobile application and software market continues to boom, prompting disruptive innovation in the world of programming. There are multiple languages in the programming sphere now. 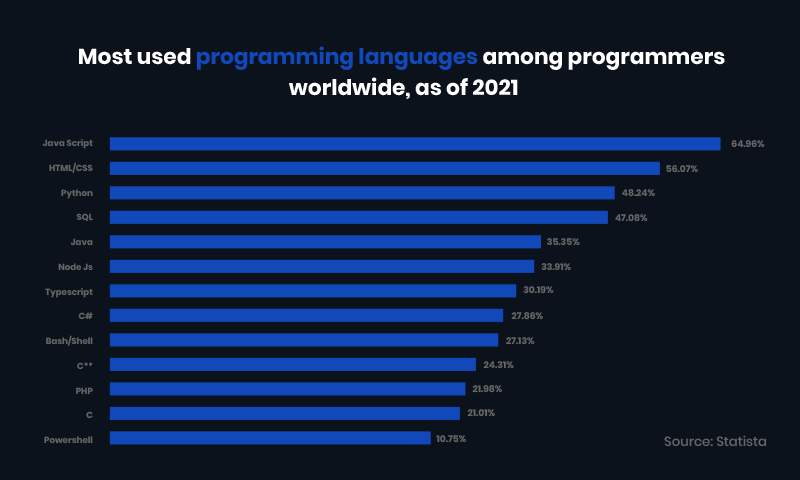 Not just this, it is still regarded as one of the most prevalent languages in the world of Android application development. However, a new programming language that goes with the name of Kotlin emerged and gave birth to the famous debate.

It all started in 2016 when Kotlin was launched in the Android development world. Kotlin is developed as a general-purpose programming language by Jetbrains. Fast forward to 2019, Google announced that Kotlin is officially its preferred language for Android app developers.

This article will explore the Kotlin vs Java conundrum and explore the Java Kotlin saga in detail.

Kotlin vs Java: which one to go for

For most of the software developers, Java is their first choice for building Android mobile application. However, Kotlin has started to steal the spotlight after being recognized by Google as the preferred language for Android developers.

The debate has been doing rounds and people have started to weigh in the pros and cons of each language. Let’s start off with discussing the definition of Java and Kotlin before we hop onto the Java vs Kotlin debate.

Java vs Kotlin: Understanding the basics

Let’s start with Kotlin. It is a statically-typed programming language for JavaScript and Java Virtual Machine (JVM). Kotlin introduced a new set of functional features to support Java, which means that it can exchange information (read & interpret) code written in Java. In technical terms, we call this interoperability. It sounds possible because Kotlin is based on Java’s own library with additional features that makes it an extensive solution.

The objective of Kotlin is to enhance the productivity of a software development life cycle, which is why the language’s implementation is easy. Kotlin helps developers save time and their effort by reducing the complexities of the coding process.

On the contrary, Java is a text-book classic programming language with an extensive library open source tools for developers to use. Java has been around for a long time and is regarded as the leading Android development language.

It is still the first choice of development teams since everyone is using it for their projects.  Java is one the most optimum language for native and cross-platform development. Moreover, Android is built on Java, allowing developers to access the Java libraries in case of any assistance.

Why Java is Still a Tough Opponent?

Java is a multiplatform and is compatible with any operating system and device, which is why it is still one of the most commonly used language.  Coding with Java is robust and it is an impossibility for Java instruction to corrupt the memory or jeopardize your data from other applications of an operating system.

Java is an object-oriented language, making it easier to create modular apps. With Java, your software development team have a lot of third-party code to use. The old school language makes it easier for developers to debug programs and deployment simpler.

Moreover, Java is an open-source language that ensures safety as many of its libraries are managed by Google, Apache and others.

Kotlin is an open-source programming language, giving it significant security and development advantages over Java. One of the major advantages for developers using Kotlin is that they can use the existing Java stacks easily while programming. All that is required is a simple plugin installation to make the transition from Java to Kotlin.

Kotlin’s primary purpose was to acquire accessibility on all platforms. Its objective is to make sharing code between all platforms possible and accessible.

In addition to this, when it comes to the conciseness of code, Kotlin shines brighter. The code is precise and provides clearer readability developers as compared to Java.

Here, Kotlin gives them the best. Not only is Kotlin far more concise, but the readability it provides is also clearer. The code written in Kotlin is less text-intensive as well, facilitating the developers to change/update the code at ease as compared to Java.

Consequently, it results in the reduction of sections of code that are often repeated in different areas with very little or no variation, which is referred to as ‘Boilerplate Code’. This helps the developers in identifying the problems with the code as the entire code is very precise.

It is still too far-fetched to say that Kotlin will make Java obsolete in the near future. Java has been there in the playing field for programmers for as long as we know it. However, Kotlin has received global acclaim as a user-friendly programming language! Let’s do what we researchers call a ‘Comparative Analysis’. We will analyze what the two languages offer to the developers.

For those of you who are not familiar with the term Null Safety, you have chosen the right blog.

Null Safety is referred to as a guarantee in the programming world that no object references will have void or null values. It helps developers to identify errors while compiling the code and guarantees that they won’t appear in runtime.

With regard to Java, developers are required to create a new class so that they can extend the functionality of an existing class and inherit the functions from the parent class. In simple terms, extension function feature is not available in Java.

This is one of the main differences between in the Java vs Kotlin debate. Kotlin requires way less code, which is a good news for programmers. Kotlin is a very concise language, which reduces the chances of code errors and makes the life of a developer easier.  Kotlin make it easier for developers to code huge projects due to the language’s precise nature as compared to Java

Let’s talk about the static member feature. Static members are known to be data members methods, which are static or a non-static class instead of objects of the class. The static members remain the same no matter where they and how they are used by programmers.

With regard to programmers, developers are required to use the companion object for creating static members of a class. The static member feature is available in Java and is primarily used for memory management. Programmers can use the Java static keywords with methods, nested classes, blocks, and variables.

String templates refers to a java template engine, which is known for generating webpages, source code, emails and any other formatted text output. There are two types of string literals in Kotlin such as the raw string and escaped string. The Kotlin strink template supports expression as well. Java also supports string templates but it does not support expressions.

Coroutines are concurrency design patterns in Kotlin. Programmers use Coroutines to simply code on Android that performs asynchronously. With Java, programmers have two different options such as Project Loom and Rx Java.

It is no hidden fact that Kotlin is taking the programming world by storm. The language has already been endorsed by programmers to build some of the most popular applications in the world. We are yet to see the language being majorly endorsed by every development team for their products and application.

Since Kotlin is already being used for different web applications, mobile applications and different software, it is not too far-fetched to say that Kotlin will be one of the most popular programming languages used by developers. 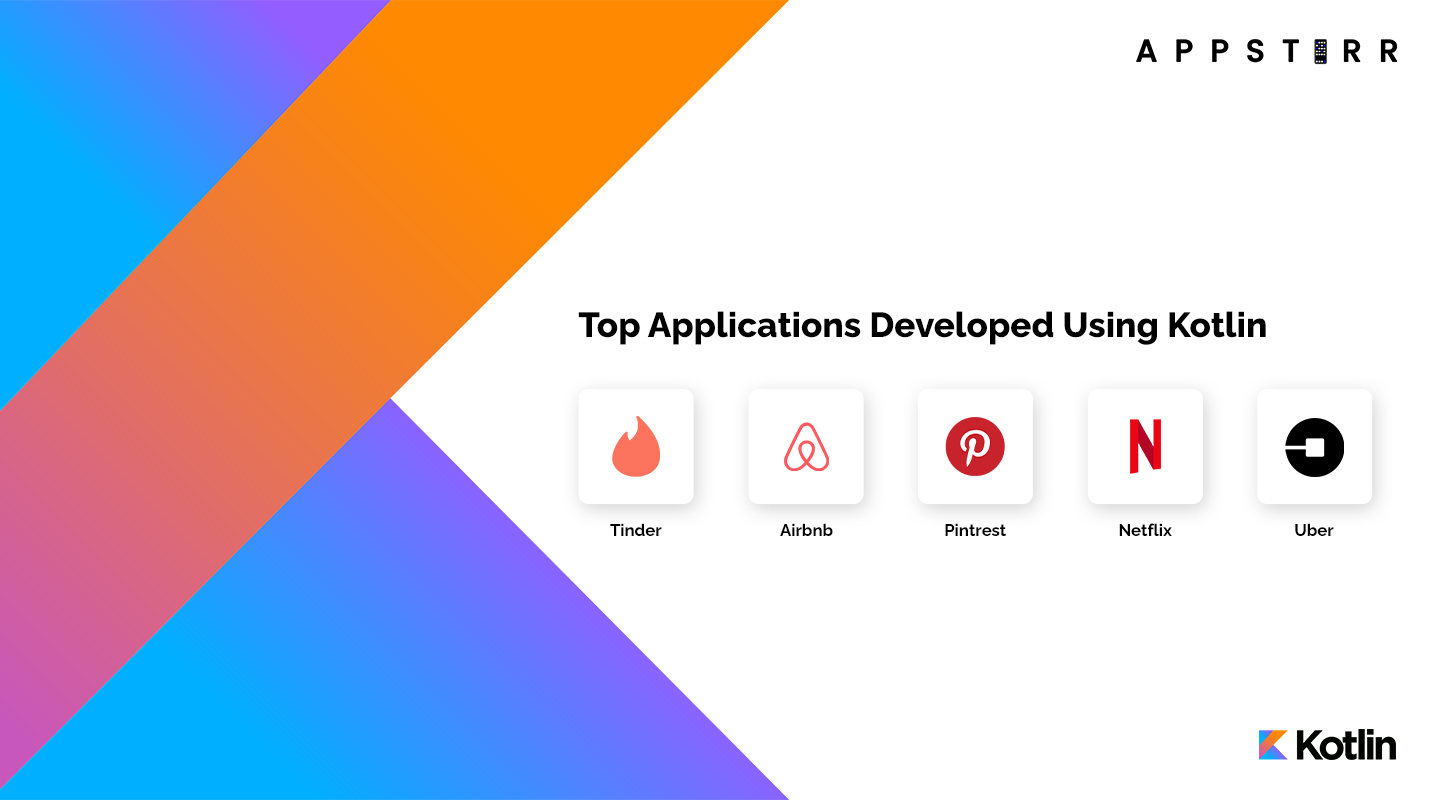 Programmers use Kotlin easily for almost anything today in place of Java such as web apps, server, and developing Android mobile applications. The language is easier, smarter and safer compiler. There is less code for programmers to code and easier to maintain. The language boosts productivity and eliminates null references.

Kotlin is not only a great help for developers but also for project managers and the QA team. Kotlin saves time development, reviewing bug fixes and code modifications. This helps project managers to save time and keep the cost of the project low as well, giving them a competitive edge in the market.

Kotlin is still a very new language, which means there are still a lot of information gaps that will be eventually addressed, making it a more efficient programming language.

On the other hand, Java is a mature classic language, which has been used in various product architectures. However, Kotlin has already brought in immense advantages to developers with its easy functionality and lesser code. We will have to wait for improvements and updates in Kotlin and start preparing for a switch in the near future.

Faras has a demonstrated history of working with different brands in the information technology industry. He loves to write on tech, digital marketing, brand management, mobile applications and software. He is a football fan and binge-watches Netflix.

The Future of Architecture: Edge Cloud