How to Make a Gaming App: A Step-by-Step Guide 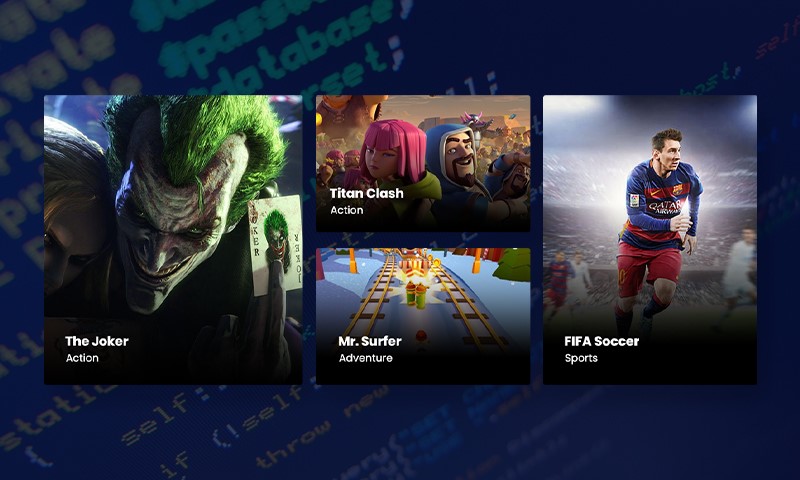 The mobile applications world is vast and constantly changing. We are faced with new apps regularly that enhance our experiences. There are millions of mobile app available on the different app stores with various categories. Among all kinds of apps, most of them are gaming apps. One of the main reasons behind the highest download ratio of gaming apps is that mobile games offer user-engaging UI with dynamic content. A feature pack gaming app translates into more traffic. A scalable mobile game is all about high-end graphics, sound, and speed.

In the mobile app world, the gaming industry has a huge market capital, there are many companies that are taking initiative to invest in this industry to make it greater. However, it’s a very complex task to build a game but the mobile gaming industry is not a complex industry. It has games for every person or genre, such as shooting games, arcade games, adventure games, educational games, and many more. Every game has its own type, some of them are free and some are paid to download. But every game offers a different level of excitement.

In previous times, mobile game development relied on a pretty much monotonous plot. If the game app was about shooting you could only shoot and move according to the game direction. If the game is about racing, you could only race a car/bike. The previous method of making a mobile game app usually limited users to a singular perspective. With time the technology stacks changed, it brought a revolution in the gaming industry.

Today, with the help of frameworks and some outstanding tools advancement, mobile game development has reached another level. Now, modern games offer full customizations of characters, easy multiplayer gaming with your friends, in-game communication with your teammates, sharing the gaming stats, and much more.

Further, in this article, you will learn how to make a game app and what technology stacks are used in creating a game app.

Create an idea for a Mobile Game App

The most important thing before creating a game app is to come up with a strong idea. Your idea should define the genre of a mobile game and your target audience. This approach leads you to a successful gaming app. Without having an innovative idea, you set yourself up for failure.

Creating a unique idea that could stand out in the market is the most complex part of game app development process. The secret sauce of a successful gaming app is not hidden in a formula. In-depth market research can provide key insights and help you improve your app so it can engage users in a way that is intended.

How to differentiate your Gaming App

When it comes to developing a gaming app, differentiation is the key. Therefore, it is crucial that your game stands out in the market. Making a game app that has different UI is easy, the tough part is to create a unique experience and storyline which can keep gamers engaged. There are millions of games available in the stores & it seems that every type of game has already been launched.

What can be done to tackle this issue? The first step is to research on the types of games already available in app stores. Even though you can find games that are similar to your game genre, you need to find a way to elevate your game even further.

You can find many copied versions of games that are similar to one another. Some of them manage to stand out in the market while others failed to engage gamers. Diamond Puzzle or Bubble Shooter are clear examples of this. There are 100 types of similar games available on the app store that offer almost the same gameplay or difficulties but with different UI.

For example, the idea of the very popular game Candy Crush was similar to Diamond Puzzle but with the tweak of UI, King (Candy Crush developer) was able to distinguish the gaming app. Instead of diamonds and jewels, candy crush provided sweets and candies that not only grabbed the attention of new gamers but also those who enjoyed similar games.

This is how developers create successful gaming apps. They always bring something new to users by tweaking designs, UI or gameplay experience to get ahead of competitors, and grow their loyal customer base.

Dynamics of a Game

Without any doubt, a dynamic game which has simple controls and is easy to understand has more chances to be accepted rather than a complex game. A simple game does not mean that the game has to be easy. It should provide some challenging missions to increase the excitement level of the player.

Some mobile games come with simple controls. A key example of this, Angry Birds – a game loved by many all over the world. Angry Bird uses simple tapping and dragging on the screen in order to perform game tasks. The success of the game can be attributed to its simplistic game dynamics.

If you want your game to be complex, it’s better to test it out with a focus group through beta testing. This way, you can get feedback about the complexity of the game and whether users are able to understand it properly. To make the process easier, you can provide a tutorial that explains the game well. Such complex games are usually heavy metal games that are inspired by gaming consoles. The perfect example of these kinds of games is Battlefield and Call of Duty.

If the game’s dynamic is the major core of a game development project, then the design of the game will rotate around it. The story through the game characters and the final look is key to the game app designer.

Consequently, the design of your game can differentiate it from the rest of the games that have a similar plot. You can also take inspiration from different game models and develop a game for android and iOS platforms.

For a simple classical game, you can make a flat design for a story-based game like FORTNITE you can use a comic style theme, etc. In-depth research and support of a good technical team can help you to generate endless possibilities for a game design.

How to make money from the game? Developing a game app can be costly for any particular platform.

The most common app monetization strategies are given below:

In-app purchase: In this model, a player can purchase various in-game items such as skins, sets, points etc. Most gaming apps have a free-to-play monetary model but there are in-app purchases for users who want to enhance their gaming experience.

In-app ads: This app monetization strategy is mostly disliked by users. Advertisements are usually shown to users at random intervals that last for 5 to 10 seconds.

Among these app monetization strategies, there are other strategies we experience while playing a game like playable ads, reward ads, and many more.

With the evolving technology, we experience new ways and new tools for game app development; however, they might not be compatible with all projects. Choosing the right stack for game development will define the performance and productivity of the game in the future.

Here are the most used technology stacks for game app development:

Lua was primarily used in game engines like Corona SDK, CryEngine, and Gideros. Games like American Girl, Angry birds, and Age of Conan are developed by using Lua.

Assassin’s Creed for IOS Infinity is the perfect example of a game that is developed with Unity. This is one of the best tools used in many game apps. Unity makes a game app for any platform. But android holds a record for most gaming apps that are built from Unity.

Mobile games not only give monetary benefits to app development companies but gamers as well. They can earn from the game by streaming it on any streaming platform. Mobile games like PUBG, FREEFIRE, FORTNITE, and GRANNY have brought a revolution in the gaming industry. It increased the demand for the games that offer custom gameplay.