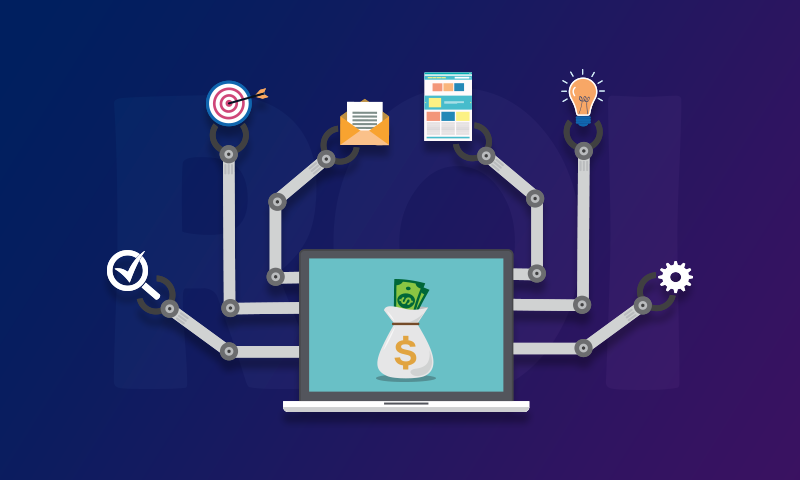 Test automation ROI refers to the return on investment through test automation. In this article, we will talk about test automation ROI and QA automation’s effectiveness. Currently, the competition in the market is getting stronger. To compete, most businesses around the globe are working on getting effective results from test automation in minimum time and cost. Many automated testing methods will help you achieve your objective. However, it is quite expensive in the initial stage of automation testing, but the cost will eventually decrease over time.

What is ROI Automation?

Transforming from manual testing to automated testing is a tough task in the initial face. Senior app developers should put priority on the completion of projects that provide a great return on investment. However, the reality is, calculating ROI on software testing systems is a challenging task. What is even tougher than measuring ROI is calculating test automation ROI.

The reason why it is tough to calculate ROI test automation is due to the fact there are many variables at play. You will not face any difficulty with the current testing process if you are already deploying software programs and other relatable services. Let’s see how effective test automation ROI is.

The ROI in automation tests could be massive. Many groups calculate the time it takes before test automation in comparison to the sum of time it takes to complete the set of tests. There are also some other advantages, both quantitative and qualitative.

Fixing the problems in software development is one of the biggest unaccounted costs. Finding errors during software development will increase the efforts and time. As a result, this will create delays in deployment. Test automation will give you innovative solutions. It is critical to building a more strong review loop between testing and code development whether the code accomplishes what it’s supposed to do.

Measuring the total time of deployment before and after test automation is considered the fastest deployment measure process. The total time must contain all time of product owners, app developers, testers, customer services, and other people who invest time in detecting, fixing, and prioritizing errors before making test automation.

Manual testing is prone to errors. Even expert testing engineers make mistakes during manual testing. Specifically, when testing a complicated software project errors can easily occur. Whereas, automated testing systems can complete tests with 100 % accuracy. The consistency of the accuracy remains the same whenever you run it.

With the help of cross-platform frameworks or well-designed test plan objects, developing entirely new tests for another software has become less important. The libraries or previous tests are entirely useable for new automation. As a result, this decreases time radically in the future for testing new projects. This is often true for comparative functionality that exists in numerous software development and other relatable projects for example contract forms or login screens.

You can discover regressions more frequently just after introducing automated testing. With the advent of technology, the regressions are normally detected rapidly and fixed so easily that they cannot be reported on the system. An app developer might face failure in executing tests in the continuous integration (CI) atmosphere, identifying the issue, and fixing it rapidly. That is why finding regression is quite a tough task.

What is QA AUTOMATION?

QA automation mostly uses automated testing tools to analyze the software programs and run tests on them if any error occurs. In previous times when technology was not that advanced, the developers run many tests manually with the help of odd technology stacks to decrease the chance of repetition.

However, as technology improved, testing nowadays is handled from automated testing and this advanced system has the potential to manage any task. QA automation can run more advanced testing on software projects that are not possible for a developer to perform manually.

There are many ways to run QA automation testing to fix the software.

- Run the test from the scratch.

How to Run QA Automated Testing

Even though the QA automated testing can process itself; however, it is still required some programing scripts that will enhance the testing performance.

There are several necessary stages in the QA automated testing method, which is mostly used during software development.

First, examine the goals of testing and then run a feasibility analysis. This approach will show you which tests can be performed manually and which need QA automation. Also, keep in mind that you need to consider all aspects, like personnel, expertise, and budget.

You require tools that fulfill your need and also work perfectly on the application you are testing. There are many automation testing tools available in the market. So, consider intuitiveness, flexibility, functionality, and cost. Ensure that the QA automation team follows the instruction tools in order to get the best results from testing.

The QA automation team should make a content list first, including the test plan, the appropriate framework for testing software, end-goals, and the method of testing of the project. Make sure that the framework you choose offers common practices, standards, and testing tools. The benefits of using common automation testing are it offers linear scripts, modular testing, data-driven, and keyword-driven.

The first condition of testing a software project is to create the right atmosphere and increase the test coverage across the different situations. The second duty of the team is to make plans and monitor the atmosphere activities, for example, downloading software, integrating hardware, and writing scripts for tests. This process enables you to fix and deploy the software rapidly.

In this step for running the tests, AQ automation engineers will write scripts, depending on the script standards and requirements. Before performing the test on the project, make sure the script codes are easy, structured, and reusable to test another software.

To make your own customized automated testing scripts employ some open source tools like WebDriver, Android Monitor, Appium, and Selenium. These tools will enable you to test the application across all browsers in multiple programming languages like Python and Java.

For application programing language testing developers use API testing methods. Unlike the other testing methods the API testing tests from the message layer. This testing system may contain response format, response time, security attract response, and analyze the potential of the software at edge cases.

GUI testing is the most efficient type of QA automation testing this testing system replicates the UX. For example, just to ensure the efficiency of software GUI testing can run a sequence of keystrokes.

However, the GUI testing method is almost similar to those types of testing systems which can be performed manually. The reason behind using GUI testing is that this automation testing boosts the process and removes any variability caused by manual error. This testing system doesn’t show any lag and runs the same way every time. GUI testing is very flexible in that it also tests small features of the application with providing more precise results.

The automated testing tool will make a report after executing the test. The report will provide you with information regarding bugs or errors, and whether the test is required anymore or not?

QA automation is the right tool for SaaS businesses and startups to get their products faster with fewer errors. Speed is the major advantage of QA automation. The traditional software development process considers the testing process as a separate part of development. Developers consume a lot of time in finding the error and applying testing to fix the issue.

With the help of QA automation testing, the developers can analyze the program, find errors, and fix them easily. QA automation testing system enables you to test different sections separately at a time, without switching to the drawing board you can roll out the updates.

How to Increase User Engagement with Mobile App Gamification